On Saturday 16th July we held our School Dance show at Hatch End High School. PHOTOS TO BE ADDED SOON! 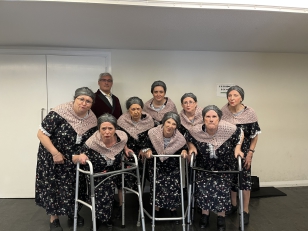 Our fabulous Adult tap festival group came home with the trophy from the Ealing dance festival on Wednesday 6th April. They got 86 marks for the Adult Entertainment section- and they certainly were entertaining!

Our fabulous street dancers did a great job performing at the St Lawrence May Fair. Well done! 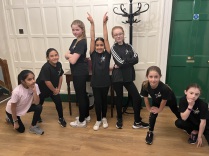 It was great fun! We can't wait to do it again next year!

Also on Sunday 21st November, 52 of our tappers took part in the Annual tapathon. We are trying to beat the world record for 'The Largest tap dance in multiple venues' as well as raise money for Children in Need. Last time we were very close to beating the record, so who knows- maybe this time we'll have done it.

Obviously it was a challenging year for everyone and we weren't able to do all the things that we had planned.

However, we are very proud of the fact that we were still able to hold exams and 56 students took these and passed with great results!

Some of our students took part in the ISTD Street Dance online competition where they had to learn and perform a set routine and submit the video. Well done to all who entered!

Our other achievement this year was holding some face-to-face workshops during the Summer holidays when the restrictions had lifted. This gave us a chance to test out the new social distancing practices which we then used in our regular classes during the Autumn term.

A big thank you to all the teachers, students and parents during this year!

In November our grade 3 and 4 ballet and Commercial street dance class performed at the Compass Christmas Concert at the Compass Theatre in Ickenham.

Our students not only performed beautifully but also were very supportive of each other and the other community groups who were performing. 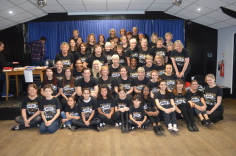 In November our tappers participated in the 10th annual Tapathon. We were attempting to break the world record for the largest tap dance in multiple venues which currently stands at 7596 people.

In total across the country there were 7612 so we have in theory broken the record- we are just awaiting final confirmation from the Guinness World Record officials. Check back here for an update in the new year!

Regardless of the record, we are proud that the event raised £38,300 for Children in Need and we raised a further £135 on the day with a cake sale. 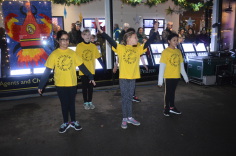 In November some of our ballet, street dance and modern groups performed for Pinner Pantomime evening. 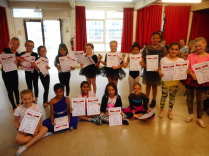 In June we held our Choreography Competition. The standard was very high! Thank you for all that participated and thank you once again to Miss Mary for adjudicating.

In February some of our ballet students performed alongside Trinity Orchestra in their performance of Hansel and Gretel. They performed beautifully. Congratulations ladies!

On Thursday 29th November our students gave another great performance for Pinner Pantomime evening. Here are a few photos from the night. 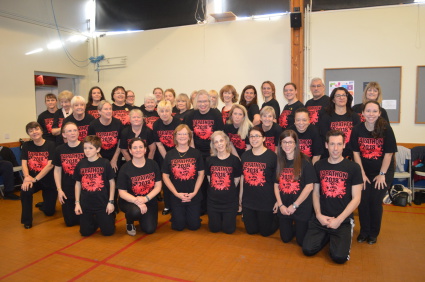 Another attempt to break the world record for the largest tap dance in multiple venues. We didn't quite manage it this time, but we are looking forward to next year's attempt!

On Sunday 25th November, the Commercial Street Dance class represented the school at the Compass Christmas Concert at the Compass Theatre in Ickenham. It was a lovely fund raising event supported by lots of local groups and our students performed brilliantly!

We celebrated the 40th anniversary of the school this year with a full scale show. To tie in with our ruby anniversary every routine had an element of red and we were joined by the previous two principals, Mary Vaughan and Susanna Vincent-Taylor who also performed. 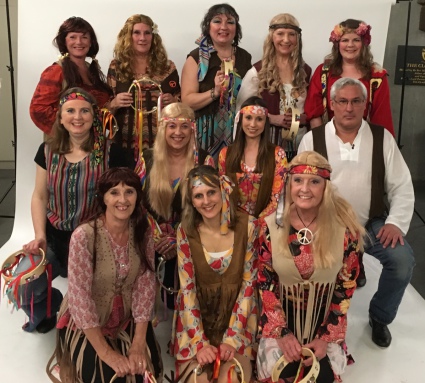 Our Adult Festival group performed their latest routine on Wednesday 11th April at the Ealing Festival and won the Adult Entertainment section with 89 marks!

Congratulations- you were all brilliant!

The last class of term is Saturdy 10th December.

If you have any queries or wish to book a  trial, please contact us:

Get social with us.